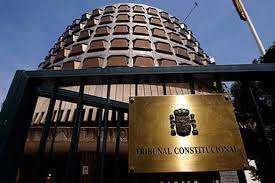 It is already a tradition of Spanish local finance legislation to assume that any property sale brings about a profit as a result. Such rules calculate taxes on the basis of cadastral value of the property, not on the actual profit obtained in the sales transaction.
Notwithstanding, it is a fact that, since the beginning of the economic crisis, houses are being sold at a lower price than they were bought.  In a judgement of February 16th 2017, the Spanish Constitutional Court has declared unconstitutional two articles of the Foral Law on Basque, since they do not take into account the actual capital gain obtained in sales operations.
The mentioned articles are solely aplicable in the Gipuzkoan foral territory. However, these rules are exactly the same as the ones included in the Spanish General Local Finance Act.
As a result, some Spanish law firms and tax consultants are advising their clients to claim against Tax on Gains in Value of Urban Land returns of non prescribed years (the last four) as soons as possible, as there is a chance that the Spanish Constitutional Court gives judgement against the liquidations of this tax.  The advice tries to avoid the consequences of a possible temporary limitation of the Constitutional Court. Such a limitation is foreseeable, bearing in mind that a massive claim by taxpayers is also predictable.
In this sense, it is advisable to submit an application for refund of undue income immediately after having paid the tax.