That happened to me this morning. I was near the train station, hurrying up to make copies of some exercises for my pupils and I saw him at “Plaza de España”. He was sat on a crumpled blanket, opposite the main gate to Palma train station and dressed in his “work uniform. There was a handwritten sign in front of him: “I am a poor man who has 5 kids. Please, help me”. I happened to see him at break time, when civil servants have a coffee. He was smoking a cigarette and discussing business on his last generation mobile. Unconsciously, I had a look at his shoes. And yes, they were newer than mine.

We live in an extraordinary society which makes business out of the most awful. Anything goes: a good marketing expert is capable of disguising the most obnoxious as friendly. This is called “making a virtue out of a necessity”.

Having such boldness is nothing new. Back in 2004, while I was still living in Frankfurt, a friend told me that she had seen a van that very morning “unloading” beggars at “Konstablerwache” Square and placing them, one by one, in their usual working positions. Her testimony explained that totally handicapped people were able to get to their job positions every day and promptly go away as soon as the shops closed.

It is not necessary to go abroad to see something of the sort. Those who have lived in Madrid at some point of their lives have heard the same speech and the same musical selection from each of the beggars who were busking in the subway. I have always found astonishing that ALL OF THEM can afford a good stereo with loudspeakers and "in a band sound".

And, just at the right moment, when I was reflecting about the current professionalization of begging, one of the most classical beggars of Palma turned up. It was a skinny, tall man in his fifties who always asks aggressively for a little help (“una ayudeta”), assaulting his victims with intimidation and giving insults away when he does not obtain what he wants.

I decided to answer back exactly as the tough cyclist would have done:

And that’s all folks. 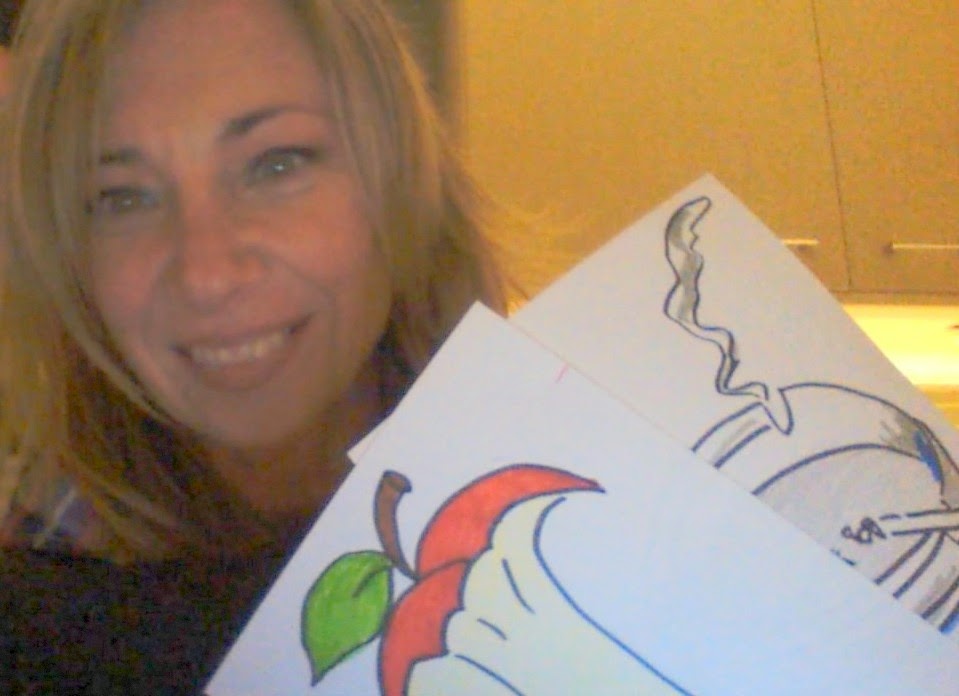 Posted by Luisa Fernandez Baladron at 03:24 No comments:

In fact, Javier’s impression was not so crazy. Last week we were talking about the last mobile phone I was stolen in Blanquerna street at the beginning of October and he said:  “Either you are too absent minded or there’s someone following you around”.

Today, I came five minutes in advance to some student’s home. Thus, I was not surprised when nobody answered the entry phone. I was about to rang again when someone approached. It was a guy in his early twenties, about six feet tall, dark bearded, with thick, well trimmed moustache and hair and big, black eyes. The boy stand in front of the entry door in haste and tried to push it. I stand back and I did not call the entry phone anymore.

-          Yeah, well... compared to me, she is old. She might be about thirty-six. He told me to hurry up and tell you that we had to take the child to the hospital rather urgently. She told me: go and tell LUISA... because your name is LUISA, isn’t it? ... She told me: tell her to buy the medicine for the girl. She needs it desperately.

As soon as he told my name, the story began to have authenticity.

Coincidentally, I didn’t carry any cash. This has always been the case, since I was a child... a result of my ow personality, I suppose. The young man insisted:

He then suggested to go to the bank and take out the money. More specifically, he mentioned the financial institution I work with and urged me to go there. That was the moment when I came to the conclussion that I didn’t like the young boy at all. I went back home, riding my “two-wheeler”, which was tied to the bicycle parking space on Blanquerna street.

The children’s mother confirmed later that the story told by the young man was absolutely false. Of course, I denounced the fact to the police station. 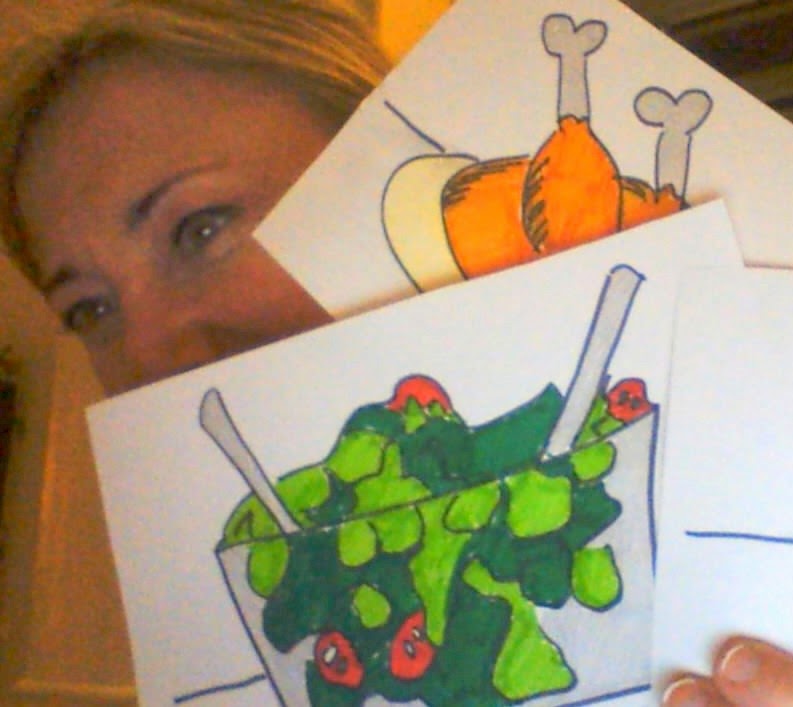 Posted by Luisa Fernandez Baladron at 13:15 No comments:

That makes two more! Yesterday I got another two pupils. They came together in a hustle and bustle. I should get other eight more before the end of the year to achieve my goal. But if I want to be realistic, I should first start teaching more hours at home. By the time being, I have multiple workplaces and I work little at home.

Today, I have gone to Vodafone to communicate my new personal data. You know, my new address and telephone number, which I have actually been using since mid-October. Our data can be found in many places. Thus, when it is necessary to change them, we have no choice but doing it gradually.

So, as I was just saying, I went to the store. And I saw something absolutely amazing: a huge screen, consisting of four others, showing company ads. I imagined it at home, showing the photos I use to pre-teach vocabulary. With the word written on them and hi-fidelity loudspeakers. Woooow! The thought alone struck me! Absolutely great! So much, that I even ran to find some lottery. If I won (I told to myself) I would install them immediately... and invite the parents of all my pupils to a free lesson. And I would record it (with their permission and the help of my friend Andrés, who is capable of making Quasimodo appear as handsome) and upload the video in YouTube. I am sure there would then be candidates I could teach at home.

I came back home and checked today lottery results. Unfortunately, today it has not been possible. But nobody can take the pleasant feeling I have had today away from me. 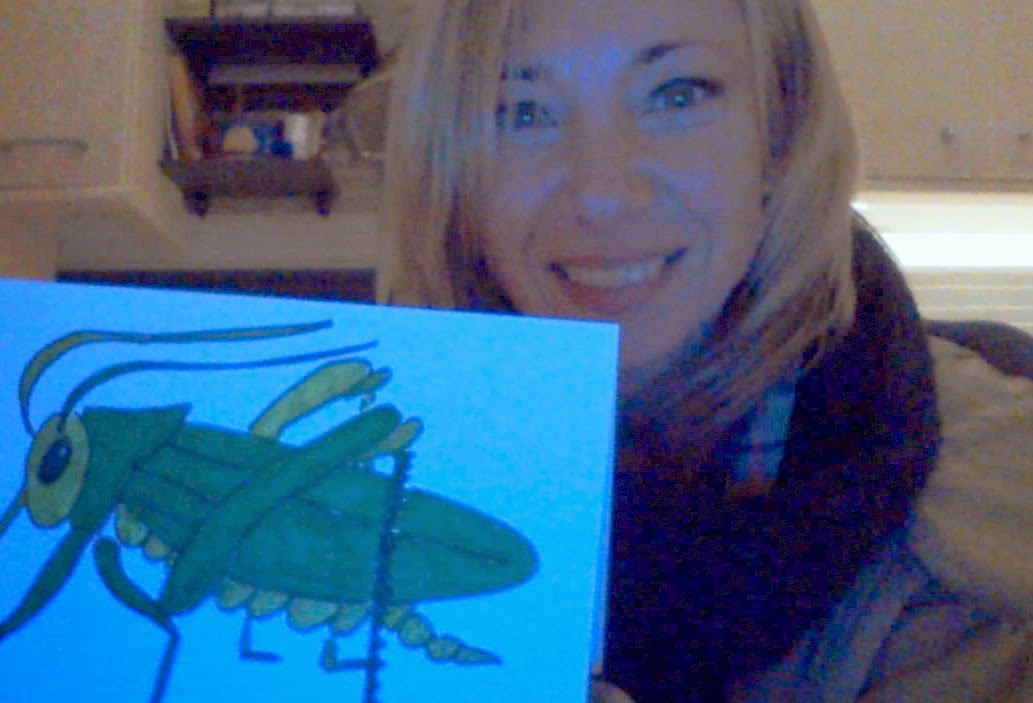