A fiftyish friend of mine lost his job about two years ago. His company, a Majorcan SEM, was declared in a state of insolvency which was followed by a Dismissal Programm. Many employees lost their position in the company. After the regulated months of unemployment benefit, our friend was left without any financial ressource: Being a person over 35, under 52 and Spanish of origin, he is not entitled to receive any further subsidy.

During the last eight months, Mr. X (let’s call him this way so as not to infringe that Law of Data Protection we have already heard so much about) has spent all his savings while he was looking for any job anywhere. We live in a country where the unemployment rate exceeds 30%. Thus, having lost one’s job when one is over fifty means being an early retired without pension.

Notwithstanding, difficulties sharpened the inventiveness of Mr. X. A couple of days ago, he prepared some flyers with his MS-Word. He offered piano lessons at home. The next step was to hand them out in the streets. Everything seemed to go well until a police officer intercepted him:

-          Excuse me, Sir! It is forbidden to distribute propaganda in the streets of Palma.

The agent shrugged his shoulders.

Of course, my friend’s disbelief urged him to get more detailed information. Indeed, the distribution of any written communication is totally forbidden in the city of Palma, due to a “Public Occupation Ordinance”, published in the bulletin No. 148 of August 23rd 2003. A regulation which was planned and approved by people who, unlike Mr. X, have always had more than enough to eat.

The funniest part of it is that the only transgression of this regulation which goes “unnoticed” is the one made by the authors of the regulation themselves. I am referring to that transgression they do during the elections. (I am sure you have once being given electoral propaganda in the streets of Palma).

The million dollar question is the following: What can be the reason of such regulation, which is, in fact, a real limit to the freedom of expression? May be we should remember the Declaration of Rights of Man and Citizen: “La libre communication des pensées et des opinions est un des droits les plus précieux de l'Homme : tout Citoyen peut donc parler, écrire, imprimer librement, sauf à répondre de l'abus de cette liberté dans les cas déterminés par la Loi.

My friend and I gently ASK FOR the abolition of the Public Occupation Ordinance. And that the authors of that ordinance have to subsidize people like Mr. X with their own financial resources. 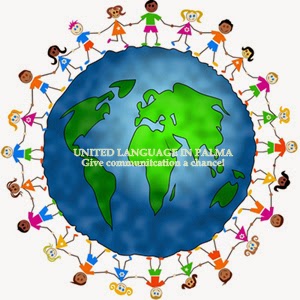 Posted by Luisa Fernandez Baladron at 03:08