This incomplete story has been written by Joan Miralles.
I have add the illustration. 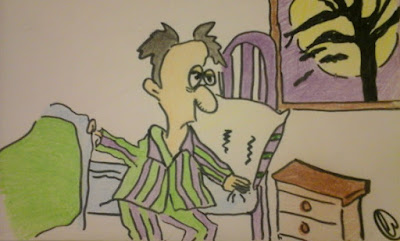 " In a very dark night Detlef Jefferson got up.” 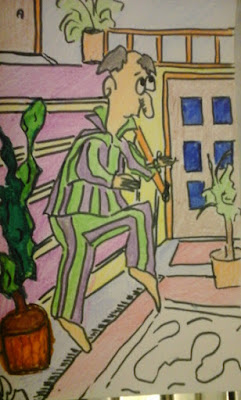 Suddenly, he heard a noise downstairs. - Who's there? - he shouted - He tiptoed into the main door. 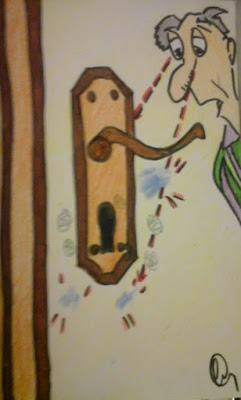 Detlef couldn' t believe it. The door had been forced and the handle was loose. The perpetrator had left visible traces... and fingerprints... 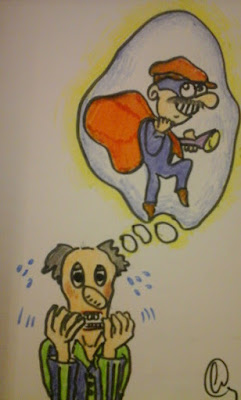 Oh no! There must be a burglar at home! Said Detlef. He was scared. 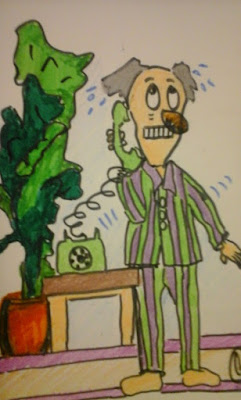 Jelling in panic, Detlef called the police. But the cops didn' t heed his call. - It's that middle aged man again - they said. 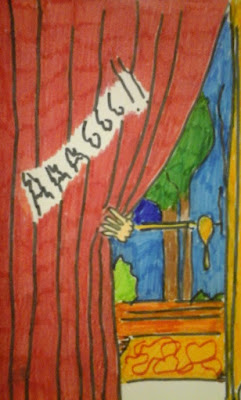 Detlef tried to calm down but he couldn' t help being nervous: something was moving behind the curtains. At that very moment he saw an arm. - Agggg! He screamed. 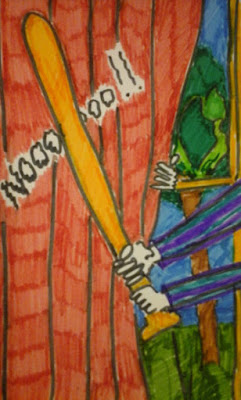 He had to do something immediately. His life was threaten. He took a baseboll bate that was hung on the wall... and he hit, and hit, and hit... - Noooooo! Shouted someone behind the curtains.